One of the greatest challenges in clinical practice is treating resistant nephrotic syndrome in children. Protein in the urine is the defining feature of kidney inflammation and is often apparent clinically as visibly foamy urine. Nephrotic syndrome at any age tends to present with edema, fatigue, hypercholesterolemia, and mildly elevated blood pressure. With children, however, there is the additional problem of stunted growth and delayed puberty.
The most common type of nephrotic syndrome in children is Minimal Change Nephrotic Syndrome (MCNS),1 which fortunately does not cause permanent scarring to the kidney tissue. MCNS usually responds well to conventional steroid treatment, although there is often frequent relapsing and the danger of steroid dependency. Most cases of childhood nephrotic syndrome are considered to be Minimal Change. It is usually when the patient is unresponsive to steroids that a biopsy is considered in order to look for evidence of some type of kidney ailment other than Minimal Change.
Other types of nephrotic syndrome are less benign than Minimal Change and may cause long-term kidney damage. Nephrotic syndrome can be part of a systemic condition that affects more than the kidneys, including diabetes, Henoch-Schönlein purpura, HIV, or autoimmune conditions such as systemic lupus erythematosus.1 It can also be due to a condition specific to the kidney, such as Focal Segmental Glomerulosclerosis (FSGS),1 IgA nephropathy,2 or C3 nephropathy.3 These conditions are more worrisome and may cause diminished kidney filtration over time.
Causes of Nephrotic Syndrome
Nephrotic syndrome occurring very early in life (within the first few months) may indicate a genetic issue with genes that code for podocyte proteins.4 Another easily identifiable cause of nephrotic syndrome is untreated strep throat.5 However, most cases of nephrotic syndrome are officially classified as idiopathic.
Parents are usually eager to find the root cause of nephrotic syndrome; however, more often than not, it is a case of several predisposing factors rather than a single clear-cut cause. A lack of vitamin D may be a factor, as nephrotic syndrome appears to be more prevalent in parts of the world with less sunlight.6 Insomnia is common in nephrotic syndrome patients, with many of them finding it difficult to fall asleep (sleep-onset insomnia) or having a late sleep cycle (going to bed late and waking late in the day.)7 Animal research suggests that mercury, such as in amalgam fillings, can be an etiological factor in kidney inflammation.8 Diet may also play a part; however, in practice, elimination diets alone usually are not enough to stop chronic proteinuria.
A possible link between autoimmune diseases and vaccination is controversial. In practice, some parents have reported that the onset of nephrotic syndrome, or an exacerbation of existing nephrotic syndrome, took place immediately after a vaccination. This might lead one to speculate about the possibility of excessive immune stimulation or side effects of toxic adjuvants.9 A potential link could be the subject of further study.

To read the rest of the article, please visit the Naturopathic Doctor News & Review website at https://bit.ly/childhoodkidneydisease 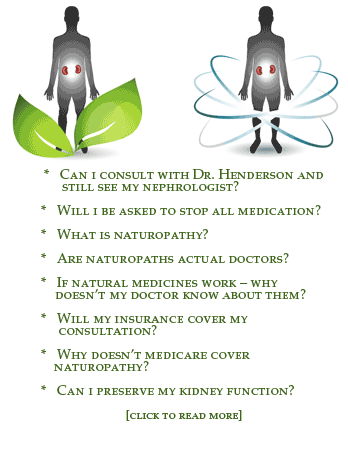